The exploration of outer space gives humankind access to unlimited material and spatial resources of the universe, which environment has exceptional technological conditions.

The unique nature of the universe, the resources of which will become available as soon as humankind takes the path of space industrialization, will create a new space economy with unlimited possibilities. After that, the Earth inhabitants will have a chance to restore planet’s ecology, provide an industrial path of development at a higher technological level and also solve all social and economic problems. 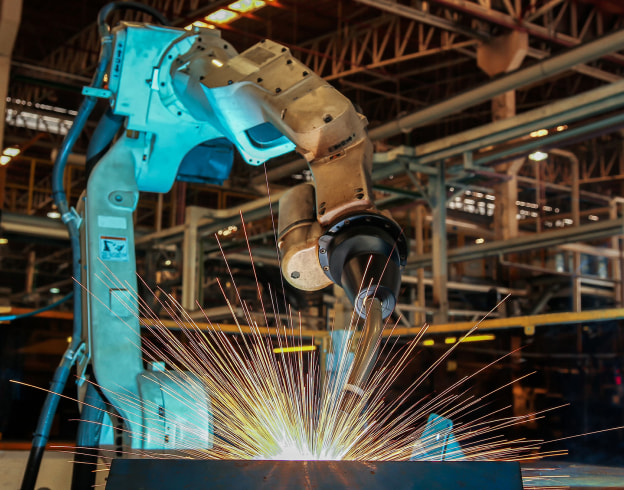 The space industrialization vector implies that basic sectors of space industry should be created and rapidly increased in the first place.

Here we talk about space, solar, and hydrogen energy; space transport; extraction and processing of mineral raw materials of asteroids and other space bodies as well as production of structural materials and composites, industrial elements, assemblies, and equipment from these materials; construction of industrial and residential biosphere clusters in the Earth’s equatorial orbits.

The practical industrialization of near-earth space should begin with the first launch of the GPV.

The first step is to create an orbital transport-infrastructure and industrial-residential complex, which covers the planet in the equatorial plane while being placed in low Earth orbits – that is the Industrial Space Necklace “Orbit” (ISN “Orbit”). 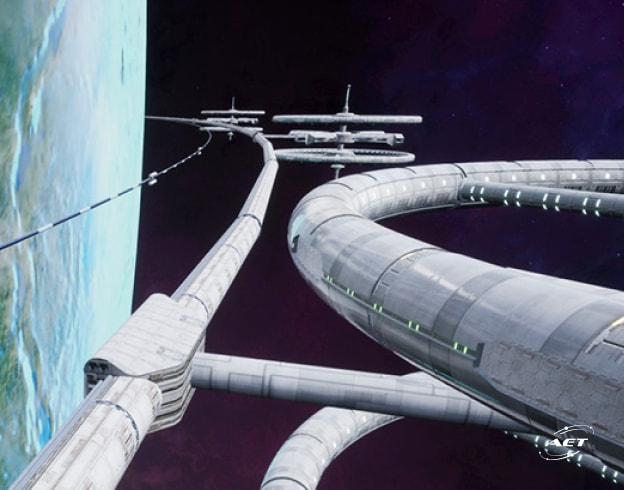 During the basic space industrialization, it is necessary to: 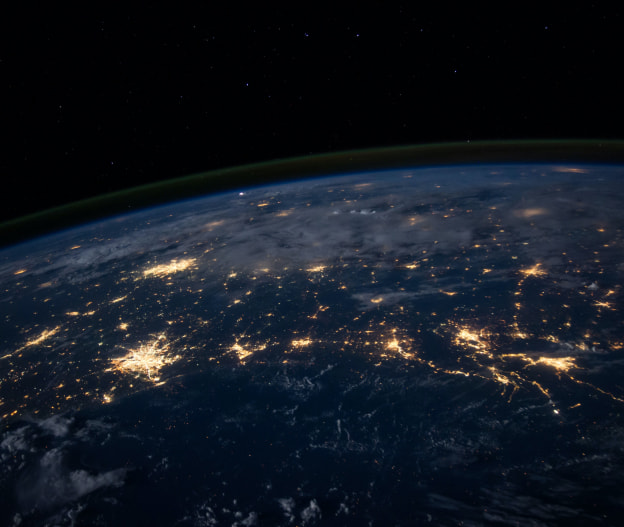 The increasing of space power capacities on a first-priority basis is a strategic task and a material basis for the vector of space industrialization.

It is easy to provide high energy that is necessary for industrial needs in orbit. For example, 1 m² of illuminated surface provides us with 1 kW of power taken from a natural thermonuclear reactor that is the Sun.

Therefore, the industrials space energetics can be based on the space solar power plants (SSPP), which are film panels with an area of tens of km² that reflect focused sunlight onto a receiving device.

Electricity for the space industry’s own needs

It is planned to produce inexpensive hydrogen fuel from the ballast water of the GPV, and later from the ice produced on asteroids. 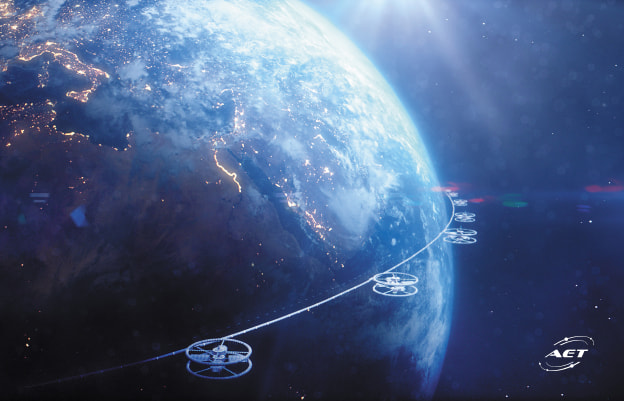 This is not only about the launch and maintenance of a large number of near-earth satellites and their subsequent disposal. It will become possible to send industrial expeditions to asteroids, provide energy-intensive operations of mining and rock processing, deliver industrial volumes of asteroid raw materials to orbit, and export part of the raw materials and space products to Earth.

GPV is a linear kinetic power

When the space industry is loaded at full capacity, the return traffic from orbit to planet will exceed the direct traffic significantly. This will allow converting the potential and kinetic energy of the space cargo into electricity. Due to this phenomenon, the cost of geocosmic transportation will acquire a “negative value”. 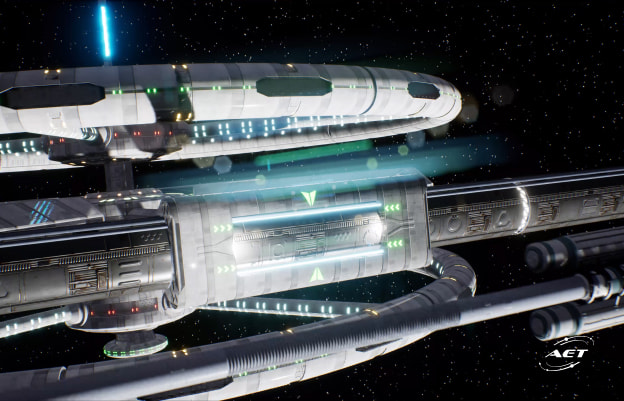 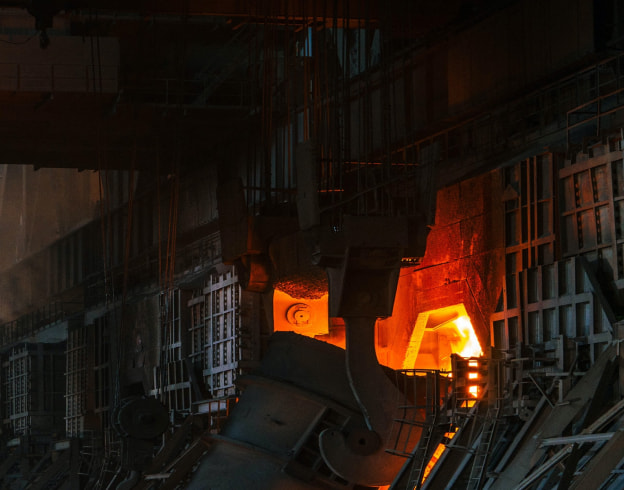 A lot of metallurgical technologies involving the melting of raw materials can be more efficient in space, since they will occur contactless in zero gravity, while being in an absolutely clean environment and in the best of heat insulators that is vacuum.

In addition, the modern level of 3D technologies makes it possible not only to automate and robotize any type of production, but also to ensure the composition of materials and final quality of surfaces.

These technologies (due to the described principles of shaping and digital control) allow to readjust production programs remotely, that eliminates downtime, costs for manufacturing and reconfiguring tools, as well as expands the product line without additional logistics costs. 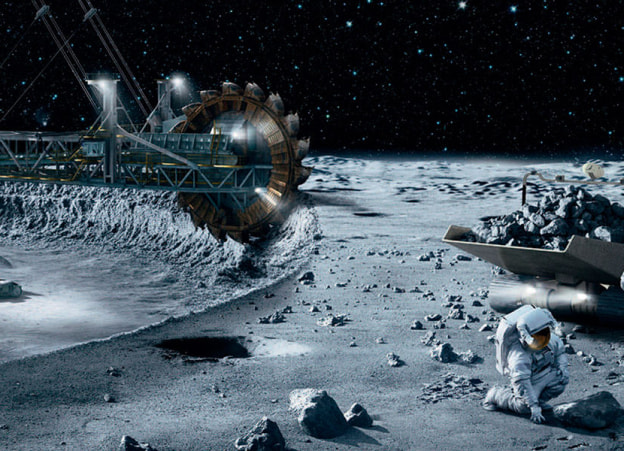 If given equal conditions of transport accessibility and availability of electricity, minerals contained in asteroids are capable of bringing incomparably greater profits than those on Earth, because the content of useful minerals in space ore reaches the native level.

Due to the efficiency and carrying capacity of the GPV, as well as the ability to create highly efficient space solar energy, the extraction and processing of space minerals will completely replace similar industries on Earth.

In addition, funds in the resource-extracting industries will not be used for the treatment or disposal of harmful emissions or return of waste rock to the quarry and its recultivation. Mining equipment will also have a low specific material consumption in addition to lower capital, operating and depreciation costs accordingly.

Zero gravity, vacuum, purity of the technological environment, cryogenic and high temperatures as well as other factors open up the broadest technological prospects not only for materials science and metallurgy, but also for the production of non-metallic types of materials, substances, and components, including organic and biologically active substances, that expand the prospects for medicine, agriculture, and research of physiological characteristics of living organisms in space. 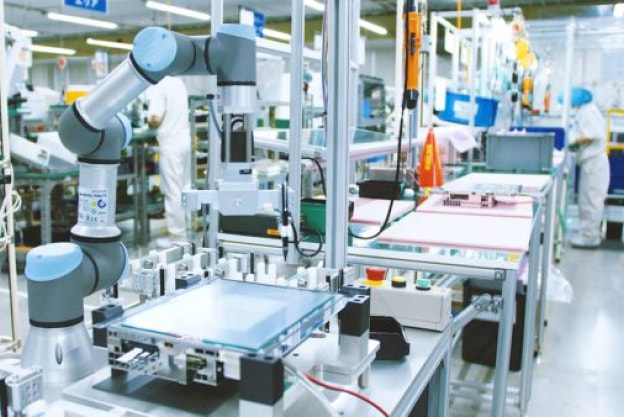 Vacuum combined with zero gravity will allow, for example, to master the production of unique ultrapure and ultrastrong substances and materials, including nanomaterials and biological products. 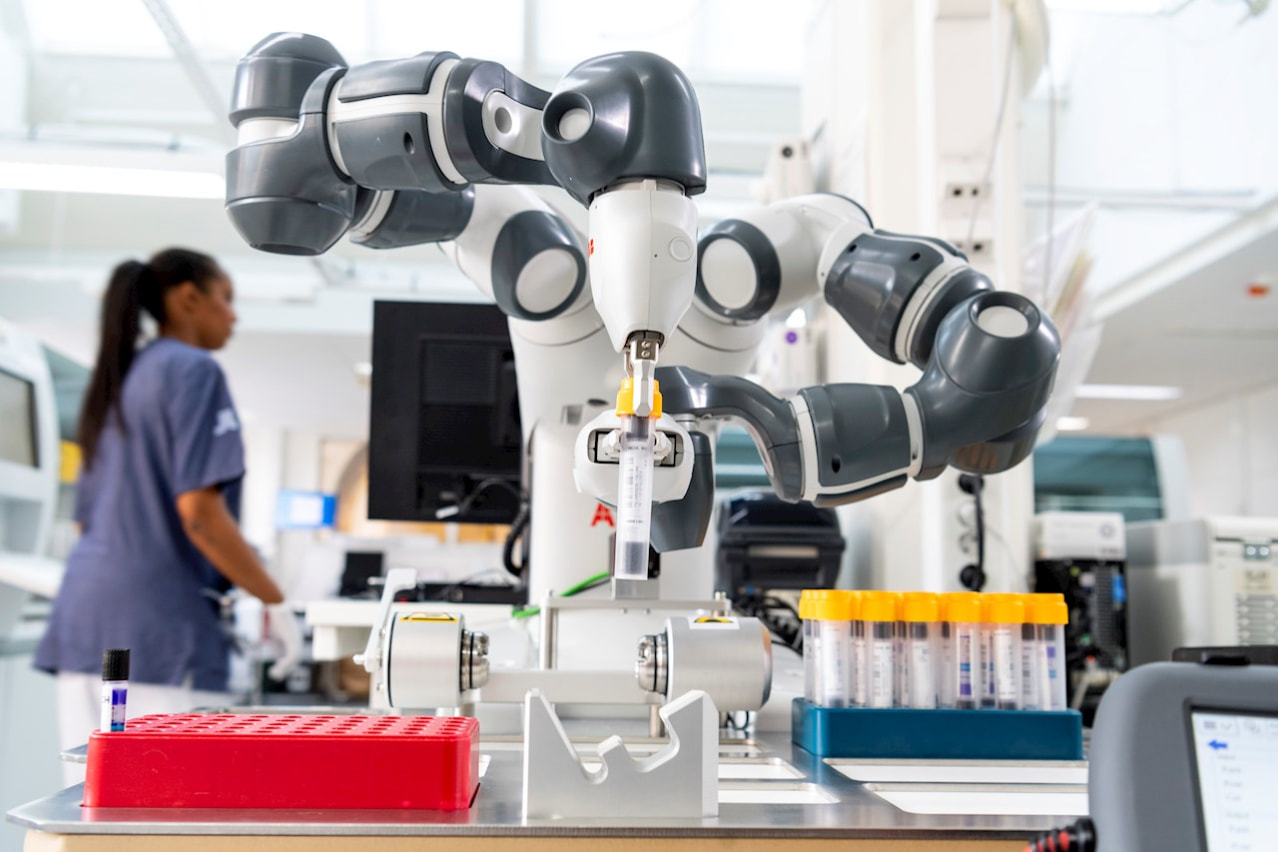 Based on the developed conditions in EcoCosmoHouses it will be possible to conduct research experiments in an enclosed ecosystem to study:

Full robotization and the absence of a human factor in biotechnological production (except for minimizing the wages fund and reducing direct costs) will significantly expand technological capabilities through the use of potentially more effective, but, at the same time, hazardous or toxic substances.

Such conditions allow biotechnologists and biologists to conduct new studies of the organisms’ capabilities at the biochemical and physiological levels and to produce better and cheaper drugs by reducing energy and labor costs.

The scenario development of the space industrialization vector implies that the economy of industrial space will have a convincing victory over the Earth’s technosphere we move to self-sufficiency in “free” and unlimited space resources.

As a result, only those branches of the technosphere will remain on the Blue Planet that either do not have a harmful effect on the biosphere, are sufficiently effective and deplete natural resources only slightly, or those that are essential for humanity.

In the future, the possession of space resources will allow to restore the primordial appearance of earth landscapes and rebuild a new way of living in harmony with nature.